Warning: "continue" targeting switch is equivalent to "break". Did you mean to use "continue 2"? in /web/htdocs4/josefsukpianoquartetcom/home/www/wp-content/plugins/revslider/includes/operations.class.php on line 2364

Warning: "continue" targeting switch is equivalent to "break". Did you mean to use "continue 2"? in /web/htdocs4/josefsukpianoquartetcom/home/www/wp-content/plugins/revslider/includes/operations.class.php on line 2368

Warning: "continue" targeting switch is equivalent to "break". Did you mean to use "continue 2"? in /web/htdocs4/josefsukpianoquartetcom/home/www/wp-content/plugins/revslider/includes/output.class.php on line 3169
 About Us – Josef Suk Piano Quartet
Go to... 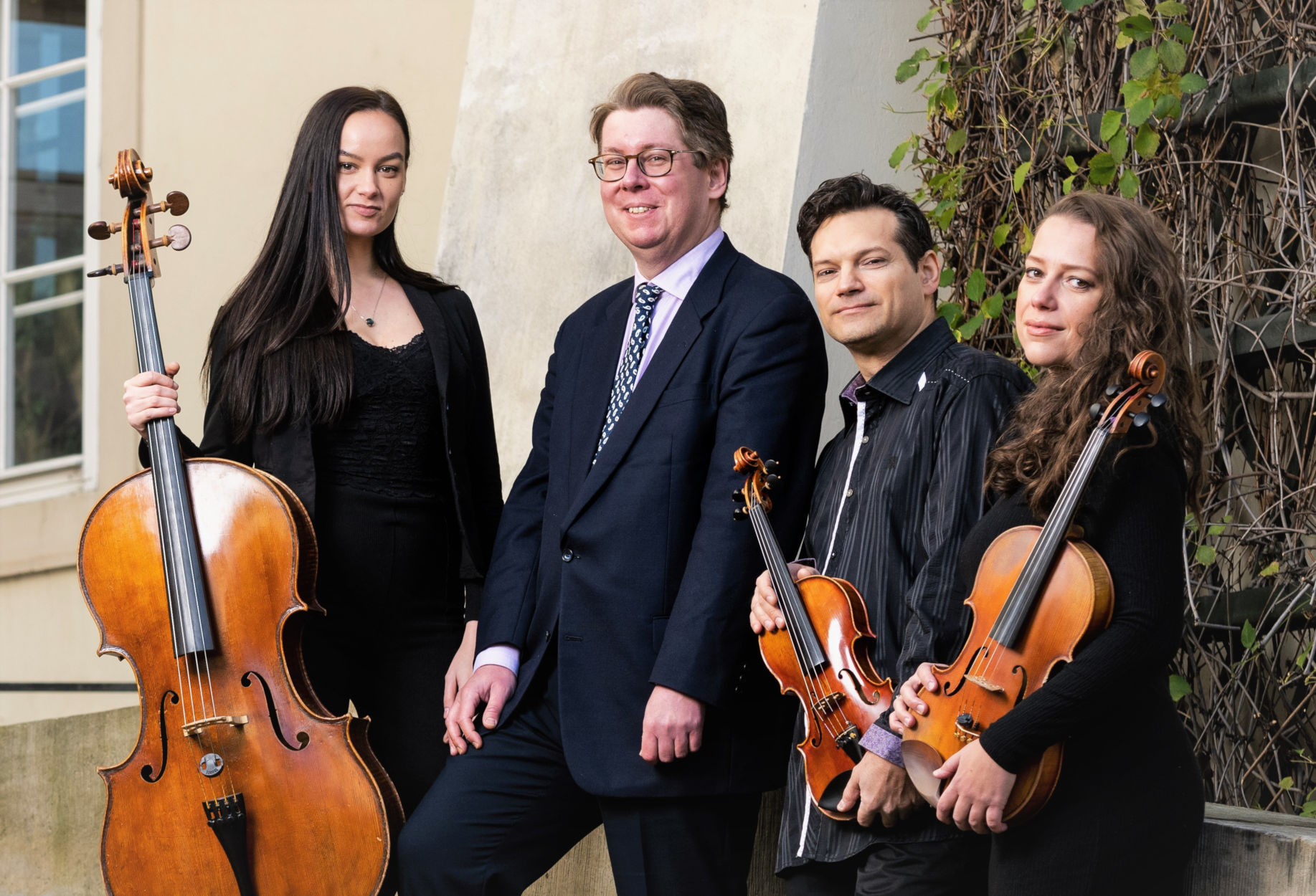 „I was deeply impressed by this ensemble’s performance!“ Gérard Poulét

he Josef Suk Piano Quartet are celebrated worldwide for serving the music with „supreme skill“ as well as „heart-felt lyrical phrasing.“ „They play with huge sound, loving detail and lay down music with thrilling authority“. (MusicWeb International, The Guardian)

The Josef Suk Piano Quartet was named after Josef Suk (1929-2011), one of the greatest violinists of the twentieth century, the grandson of composer Josef Suk and great grandson of Antonín Dvořák. The honor of accepting the name of a leading Czech artist was proposed to the ensemble by the Czech Society for Chamber Music and with the kind support of Marie Suková, Josef Suk’s wife. The Josef Suk Piano Quartet develops the rich tradition of Czech chamber ensembles, namely of the famous Suk Trio.

The ensemble was founded by violinist Radim Kresta in 2007, initially as the Taras Piano Trio. Under this name the ensemble won prizes at a number of international competitions: 1st Prize at the Johannes Brahms Wettbewerb 2007; 1st Prize at the Premio Rovere d’Oro 2008; or, 1st Prize at the Val Tidone Music Competitions 2010. From late 2012 they played as Ensemble Taras as a piano quartet. In 2013, the ensemble achieved outstanding success winning two 1st Prizes at international competitions: in May 2013 at the Concorso Salieri-Zinetti in Verona, and in September 2013 at one of the most prestigious competitions, ACM Premio Trio di Trieste. The quartet also became the holders of the prominent prize of the Czech Society for Chamber Music as the Czech Chamber Ensemble of the Year 2014. Thanks to these successes the ensemble were given unique opportunities of performing on prestigious stages and of recording their début CD and DVD for Limen Music and Arts Milan, with the music of Gabriel Fauré (Piano Quartet Op. 15) and Johannes Brahms (Piano Quartet Op. 60), and another CD for the Azzura Music Label, with the music of Gustav Mahler and Brahms (Piano Quartet Op. 25). The ensemble has been performing under their new name of the Josef Suk Piano Quartet since 2014. In 2017 the quartet has recorded a CD under the label of Supraphon with a music of Josef Suk and Antonín Dvořák. Right after the recording was released it was very well critically acclaimed (The Guardian, Gramophone, MusicWeb International and others).

Their repertoire comprises key works from Classicism to the present; the pillars of their music are the works of Johannes Brahms, Antonín Dvořák, Josef Suk and Bohuslav Martinů, apart from prominent works of the 20th and 21st centuries. The quartet regularly performs debuts of new compositions by prominent composers such as Jean-Luc Darbelay, Max E. Keller, Matteo D’Amico, Marta Jiráčková and Jiří Gemrot. During their concerts, the ensemble perform in other formations too, as a piano trio or a string trio (as the Josef Suk Trio). As the ensemble members say, “a piano quartet is the ideal formation for us. It offers a range of possibilities and opportunities for the lovers of chamber music. It may unravel in various chamber combinations, for duos to string or piano trios; the piano quartet is also often able to stand for the whole orchestra, and some of the works of this formation are like symphonies…”

Summary of the members

Born in 1974, is a teacher of violin at the Prague Conservatoire, a soloist and a chamber player. In 2014 he became the new Principal Violinist of the Prague Chamber Orchestra, performing with them also as a soloist. Formerly, he has been principal violinist and soloist of the Pavel Haas Chamber Orchestra and the Berg Orchestra. In the 2014-2015 season he was invited as a guest principal violinist of the Czech Philharmonic Orchestra. In solo competitions he has been awarded, among others, an Honorable Mention at the Prague Spring 1997; 2nd Prize at the Prix Mercure in Semmering, Austria; in a duo with cellist Václav Petr they won the 3rd Prize at the Salieri-Zinetti Chamber Music Competition 2012. He is the founder of the Taras Piano Trio and the Ensemble Taras, the predecessors of the Josef Suk Piano Quartet, with whom he won a number of international prizes. 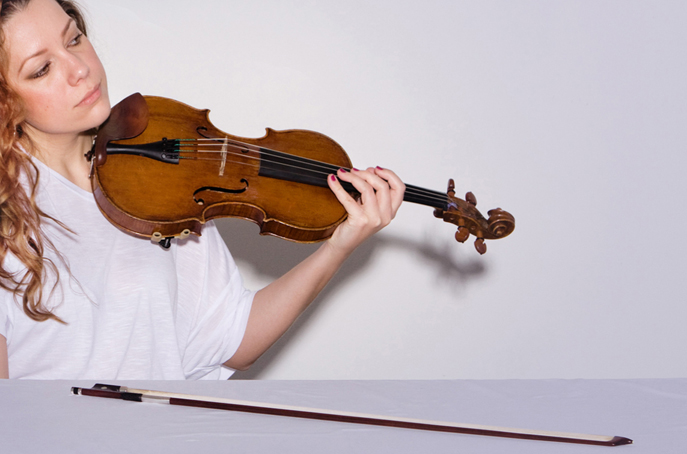 Born in 1984, is a violin teacher and a leading chamber player in Prague (with the Josef Suk Piano Quartet, the Puella Trio, or the Kaprálová Quartet). She has won several prizes at such international chamber music competitions as the Maria Yudina Competition in Russa; the Charles Hennen Concours in the Netherlands; or, the Rovere d’Oro in Italy. Formerly, she has been a violinist in the Pavel Haas Quartet with whom she has toured the world (giving concerts at Carnegie Hall in New York, at Wigmore Hall in London, at the Herkulessaal in Munich or at the Louvre in Paris, among others) and has won the most prominent Gramophone Award. She has recorded a number of CDs for the labels Supraphon and Arco Diva; she has also made recordings for the BBC, the Japanese TV company NHK and the Czech TV. 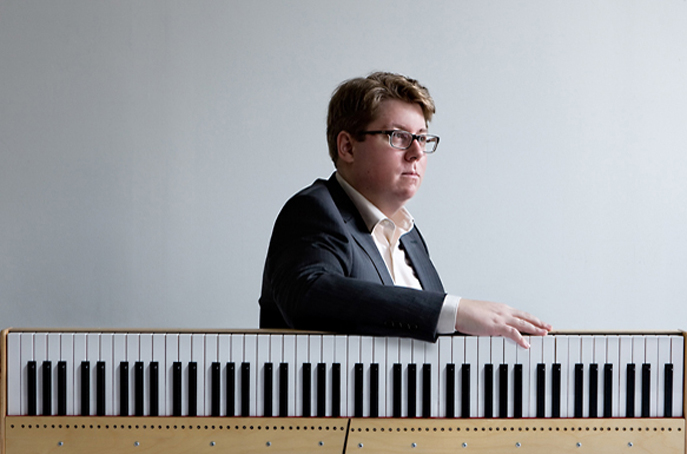 Born in 1989, belongs to the most prominent Czech chamber players. As a soloist he has won a number of national and international prizes at competitions, for example the 1st Prize at the Viotti-Valsesia International Competition in Italy or the 1st Prize at the Karl Bergemann Competition in Hannover, Germany. He has given solo performances with a number of orchestras, such as the Prague Chamber Philharmonia, the Czech National Symphonic Orchestra, the Brno Philharmonic, or the Janáček Philharmonic Orchestra Ostrava; he has also given a solo concert with the BBC Philharmonic Orchestra in London as part of the BBC Proms Festival. He has made numerous recordings for the Czech Radio, the Slovak Radio, the Czech TV, the Deutsche Welle (Germany), the BBC, the NHK (Japan), both for live broadcast and for CDs. He recorded Mozart’s piano sonatas for the EBU (European Broadcasting Union) in 2006. He is a piano lecturer at the Prague Academy of Performing Arts (HAMU) and a member of the Czech Philharmonic Orchestra.